Lately, there have also been written about the problems of Mădălinei Ghenea's relationship with Matei Stratan and it was even said that the two were separated. Now the Romanian woman and her millionaire lover seem to be back to better feelings, but another detail has attracted the attention of everyone and has again raised many questions.

Madalina soon left the conjugal home in Bucharest and left with her daughter and mother in Italy without a boyfriend, which led to more speculation about the rupture of the beloved millionaire.

See: 24 Unusual Questions with Simona Patruleasa – See What's The Biggest Regret Of Her

But the waters calmed down when, on the occasion of the AMFar gala in Milan, Mădălina photographed with Matei. But what is happening now?

After those proofs of love, for two weeks Mădălina did not post anything related to her boyfriend but, moreover, she deleted all the pictures he made with him in Milan, thus wiping out the proof of reconciliation. We do not yet know what the reason for this controversial decision was, but now he again puts a picture of Matei Stratan in Milan in which he takes her arms and she wraps his legs around his waist, a sign that passion still exists, all the scene in front of a hotel. 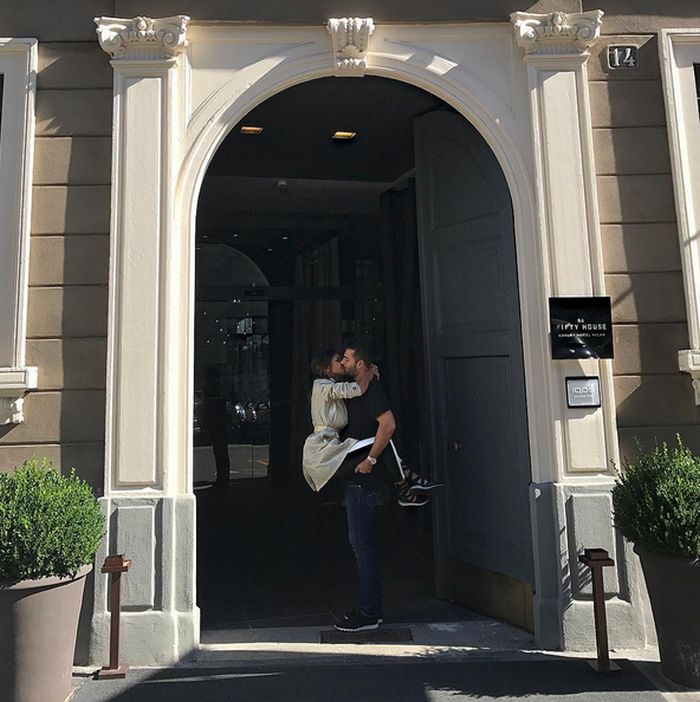 Again problems in paradise? Mădălina Ghenea and Matei Stratan posed in a hot hypostasis, but a detail attracted the attention | Flash News, News, Celebrities and Events