We publish a contribution published on Ticino7, also available in the 20 Minutes boxes for the whole weekend.

There are colors that better than others "resonate" harmoniously with us, but too often, alas, we bind ourselves to nuances that in truth do not always reflect us at best. Indeed, if they are wrong they cause the opposite effect: they diminish us and mortify us, taking away the light of which everyone is a carrier. But there is an attractive solution.
The practice ofarmocromia was born in the eighties, times of hedonism and management of one's look, together with the Theory of the four seasons. One of the most fascinating beauty secrets for which, if put into practice correctly, it would give happy and immediate results. Able to bring out the aesthetic potential of each person and make it shine. To make custom color analysis a true custom phenomenon was above all a volume that appeared in that decade, Color mand Beautiful of the American Carole Jackson. Thus began what is still the great business based on the popular method to improve ad hoc style and appearance with beauty and wardrobe.
According to this theory, the typology of women (and also of men, of course) is divided into the four seasons: spring, summer, Autumn is winter. Mind you, this is not the period in which we were born, nor does it concern the stars and the signs of the horoscope. It refers to the colors we wear, which are reflected in the different nuances of the four phases of the solar year. However, given the incredible variety of colors of human beings and according to renewed concepts, the seasonal types of four become twelve, with three subtypes for each macro season. Or even sixteen, and even more, according to studies on the topic studied in depth by Rossella Migliaccio, founder of the Italian Image Institute and renewer of the theories of armochromy.

Spring Woman
The season of buds and meadows flooded by the first warm rays of sun is characterized by a flood of delicate colors, such as pale yellow, cream, peach and aqua green; but also full of brio like coral, orange, apple green, violet. Pure and bright hues that are reflected in the stereotype of spring woman (but as already mentioned, also applies to the man), who has light hair, but not very clear, that is golden blond, coppery auburn or decidedly red, green or blue eyes mottled with gold specks, leather with beige undertones, often punctuated by freckles. Along with autumn, spring is considered a hot season because of the intensity of the chroma. It goes without saying that the spring-type palette, to be used for make-up and clothes, is very varied and in harmony with that suggested by nature. Avoid graying and black. It has three subtypes like the months that compose it and like the other seasons. Switch from bright to clear to absolute, from brighter tones to softer, to warmer and more vivid. Well represented in the order by famous people such as Mila Kunis, Scarlett Johansson (under) and Charlize Theron. 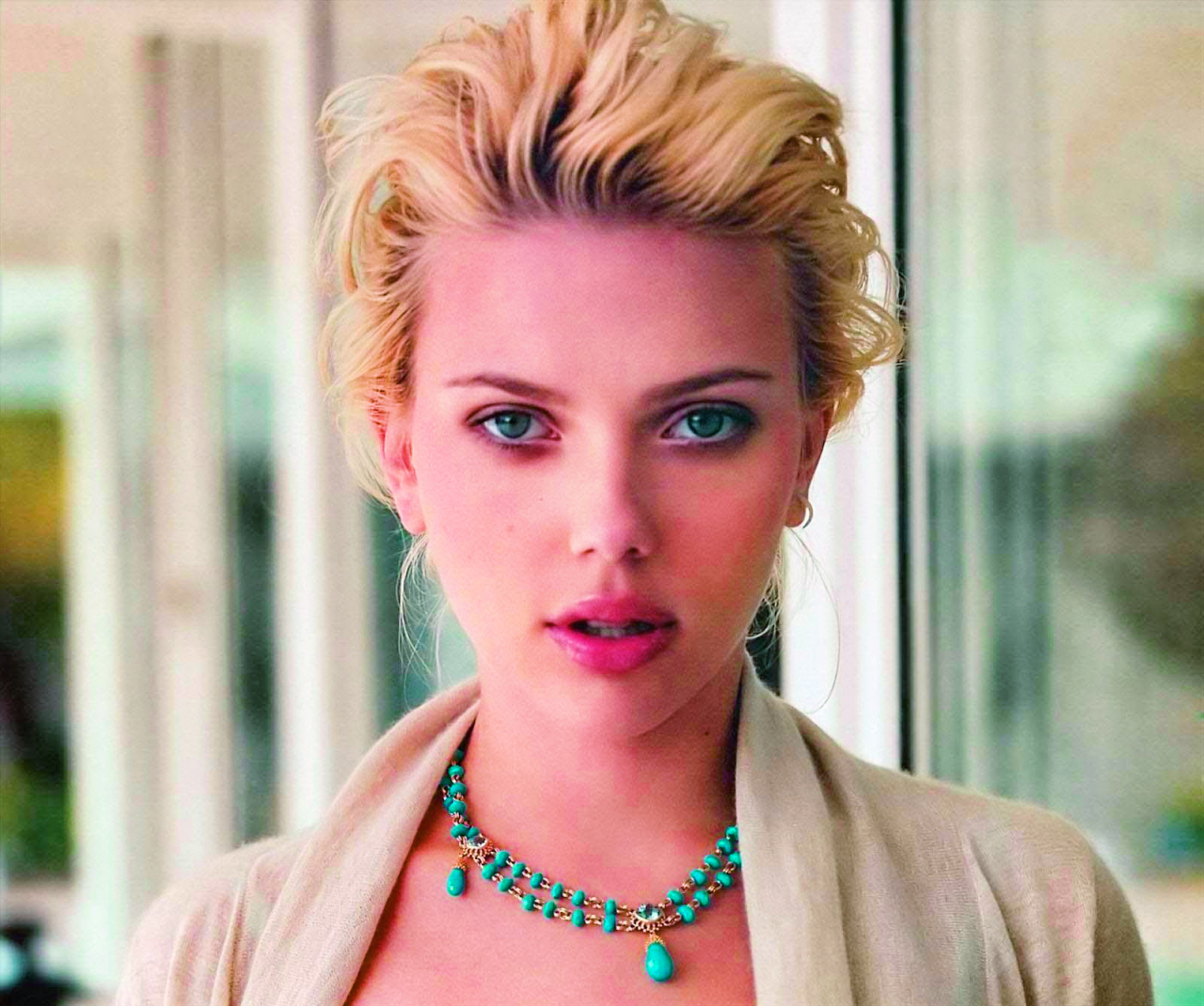 Summer woman
Like spring, summer is a clear season, but the shades of the "warm" season are more chilly and fuzzy. They include the whole range of blues, never too bright, grays, blue-based greens, pinks and lilacs. The person who embodies the summer type has blonde hair, very blond or light brown with ash reflection, blue eyes or bluish green, diaphanous complexion. They wear pastel and mother-of-pearl shades very well and the colors that are too vivid and aggressive are not tolerant. The summer sub-typology can be cold, light or soft with colors that from neutral become muffled and then ethereal. We start with the delicate beauty of Kate Middleton who happens to wear blue, to continue with Gwyneth Paltrow impeccable in pale pink and lavender, for end with Jennifer Aniston (under) to the top dressed in jade green. 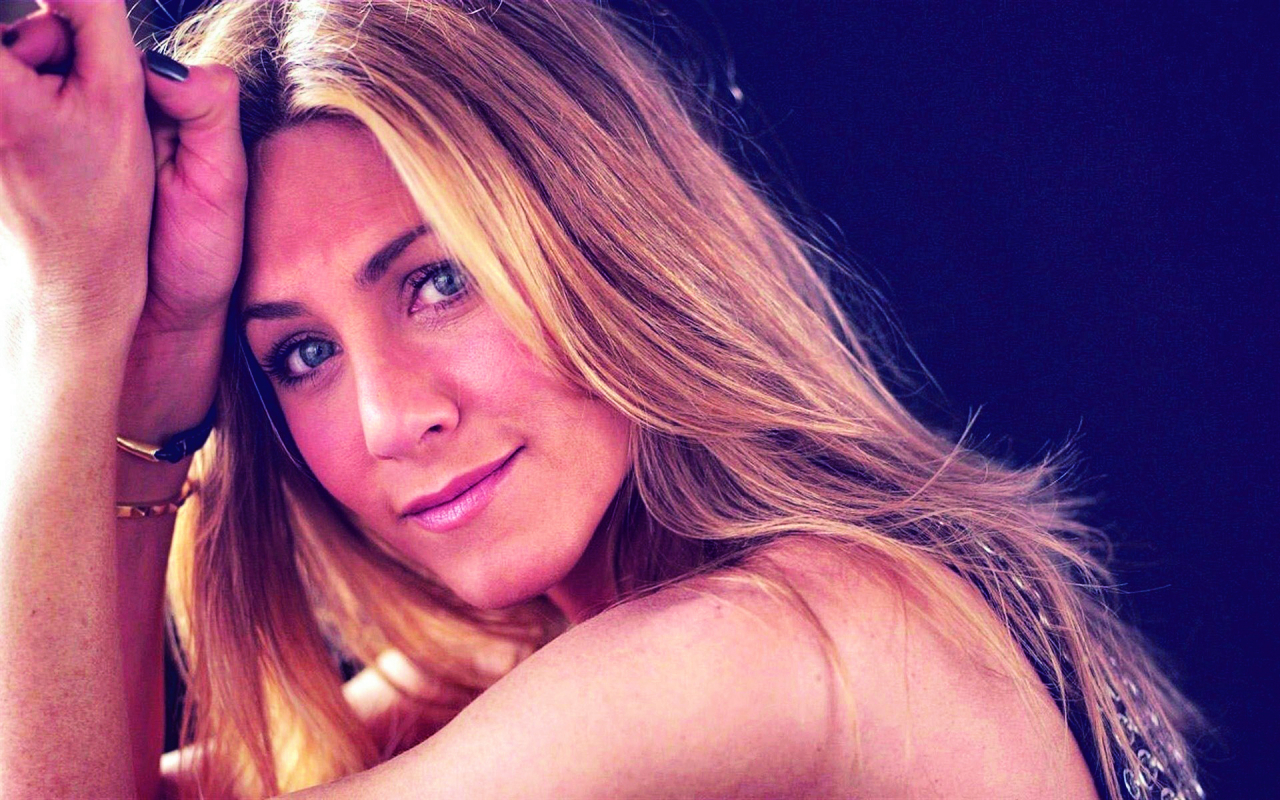 Autumn woman
According to the theory of the seasons, those who have an olive complexion or in honeyed tones, brown or dark blond hair with golden or coppery reflections, brown eyes or hazelnut mottled with amber and gold fall into this category. The reference colors are those of the earth and of the autumnal woods, ie orange, bronze, copper, mustard, ivory and forest green. To avoid candy pink, gray and black. This is the season with the warmest palette, not as bright as the spring, but deeper and decidedly at high temperature. The season's subtype goes from the heat of the blackberry Madalina Ghenea (under), up to the tenuous of the Giselle Bundchen blondes, passing through the deep reds to the Julia Roberts. 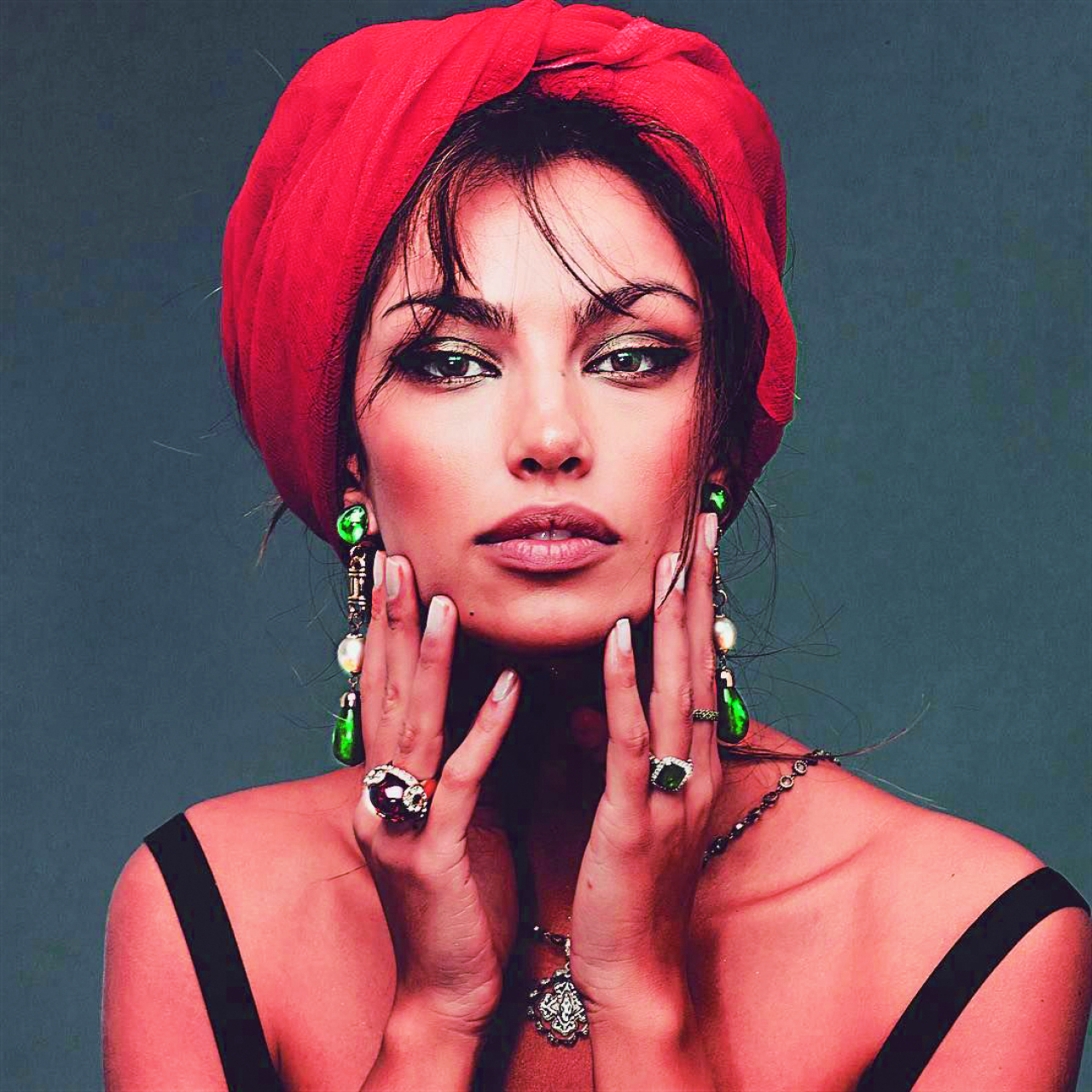 Winter woman
In the winter season the types with ebony, olive, beige and ivory skin are included. The hair ranges from very dark brown to jet black, but can also be blond in platinum tones. The eyes are generally very dark, but precisely because this is the season of strong contrasts, there are brown women with porcelain skins and gemstone eyes. The palette that enhances them embraces many clear and cold colors: the optical white of the snow, black, electric blue, magenta, emerald green, the bright red of the berries and the deep green of the conifers. To avoid the colors of the earth. Also for the winter there are the three classifications, so much so that it can be profound, reflected by the exotic beauty of Kim Kardashian, cold, found in the icy Liv Tyler (under) or clear, when he has the sapphire eyes of Megan Fox. 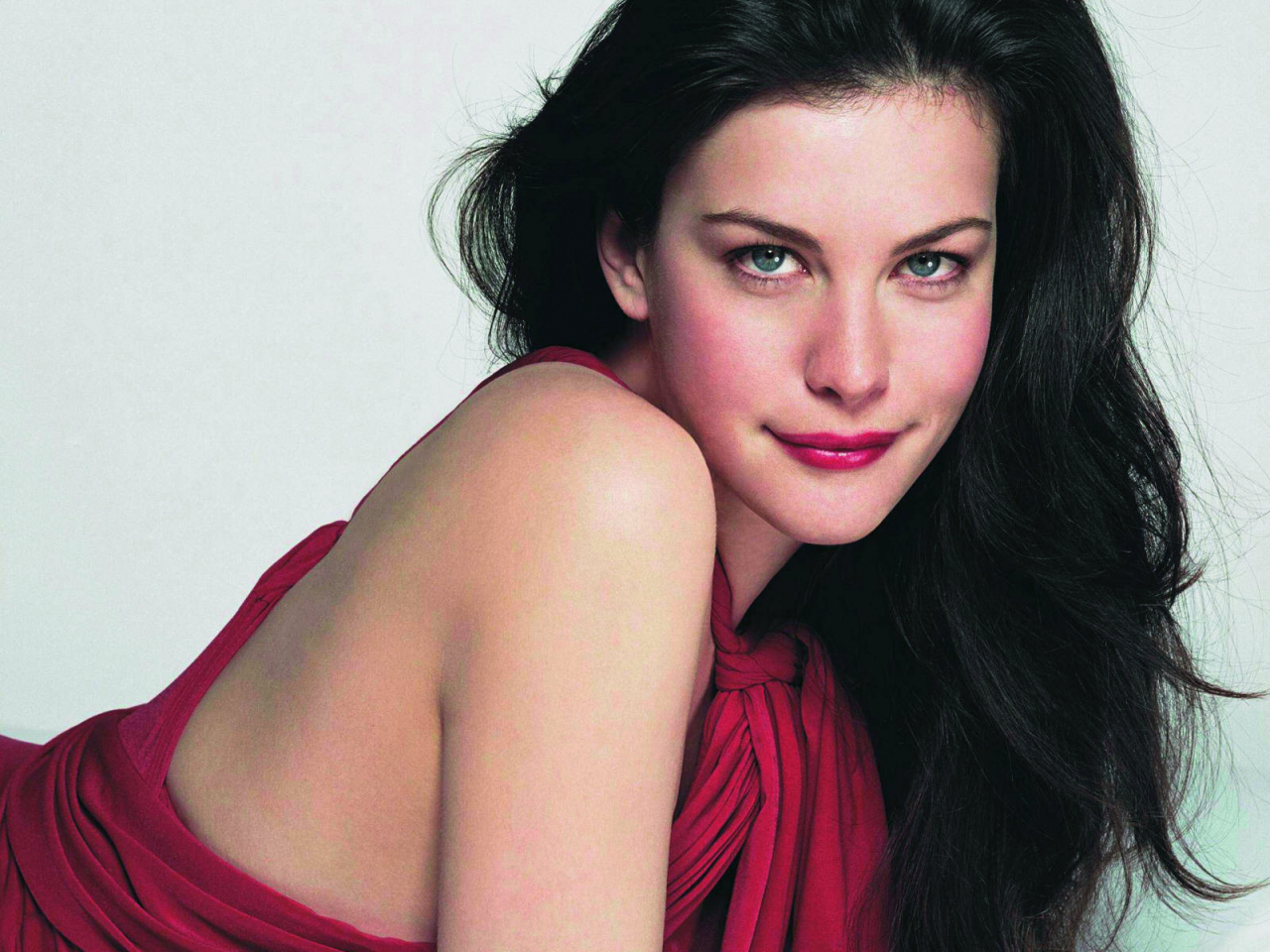 THE QUOTE
"Each person has his own color, a shade whose light just leaks along the contours of the body. A kind of halo. As in the figures seen against the light».
(from the book The colorless Tazaki Tsukuru and his years of pilgrimage by M. Haruki, Einaudi 2013)

Image consultant
If you are not sure if you can do it yourself and find the colors that you value, ask an expert image consultant for help. The success of all your looks will depend on this analysis.

Mirror of my desires
Sit comfortably in front of the mirror and, one by one, place the garments of your wardrobe close to your face, perhaps already partly chosen according to the palettes of what you think is "your season".

No tricks
The skin must be natural: it is impossible to judge a color based on the complexion if we have covered it with foundation and blush!

Simplify
The right color, with its illuminating power, will also allow you to use little make-up or simplify it.

Loyal friend
Ask anyway advice to people you trust, ready to promote or reject every nuance you approach …

Perfect location
Don't forget that the test station must be well lit (but without direct sunlight).

Free décolleté
No high-necked dresses: it is essential that no other color be placed between your skin and the dress / hue to be tested.

And you, do you know what color you are?

Published: November 16, 2019 Category: News
Previous: Turkish Film Week in Bucharest, from 19 to 22
Next: Marco Borriello broke the silence! Former Milan and Juventus striker explained why the relationship with Madalina Ghenea did not work
%d bloggers like this: