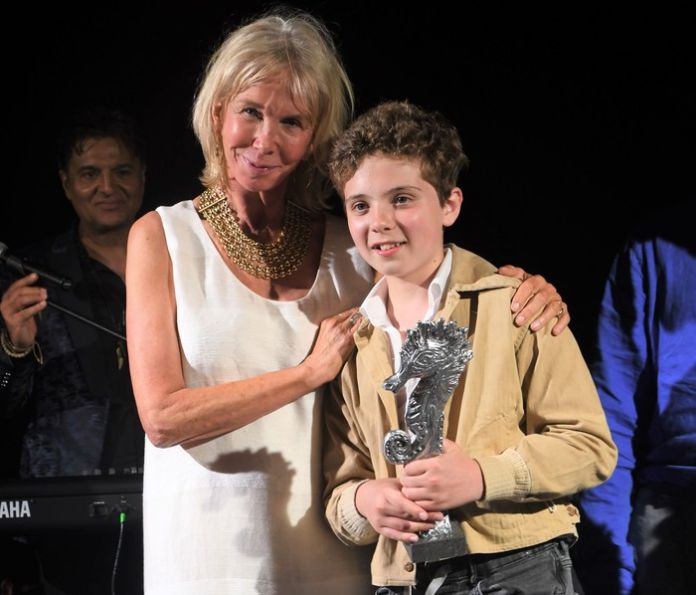 A successful challenge that marks the safe restart of cinema in theaters, with great previews and reviews, and the resumption of the international showbiz in Italy in support of tourism. Ischia Global Film & Music Festival successfully proposed seven days of screenings, awards, great music but also comparisons on the problems of the entertainment sectors in this difficult moment.
The grand finale of the eighteenth edition saw the winners Sandra Milo, Massimo Boldi, Paolo Ruffini, Francesca Manzini, Simone Di Pasquale, Paolo Belli, Lucianna De Falco, Emanuela Ambrosino and Tonia Cartolano on the stage of Villa Piromallo. To welcome them with the founder and producer of the event Pascal Vicedomini, the president of the International Art Academy Ischia Riccardo Monti and the ambassador of the Global Festival Trudie Styler, English producer wife of Sting, who together with the director Michael Radford has always been among the great supporters of the event.

Massimo Boldi dedicated the Ischia King of Comedy Award to Christian De Sica with whom he should return to the set very soon for the Christmas 2020 film. The Ischia Legend Award went to Sandra Milo, for her long and extraordinary career in the world of cinema, theater, television. To reward her on stage also Valeria Marini and Pamela Prati. Paolo Ruffini recalled the figure of Carlo Vanzina, the director who directed him in two films. “Receiving a prize in the name of Vanzina is for me like winning the Oscar. Vanzina was a great author. I dedicate the prize to all disobedient artists “. The reporters of Sky Tg24 Tonia Cartolano and Emanuela Ambrosino were awarded, authors of the documentary “Our story” on the most terrible days of the pandemic. The actress Tatian Award was presented to the actress Lucianna De Falco for the short film “L’Attesa” by Angelo Bevilacqua.

In closing, a tribute to Federico Fellini, on the centenary year of his birth, with a performance by the famous flutist Andrea Griminelli. Paolo Belli also awarded with the Ischia Music Award at the end of a section, curated by Tony Renis, full of guests, by Edoardo and Eugenio Bennato in Lo Stato Sociale, Sumi Jo, Franco Ricciardi, Ivan Granatino, Andrea Sannino, Maria Nazionale, Paolo Vallesi, Yari Carrisi, Tony Esposito, Jacopo Mastrangelo, Agostino Penna.
The event is promoted with the MIBACT-Dg Cinema and the Campania Region has been inaugurated by the Deputy Minister of Health Pierpaolo Sileri. Tributes have been paid to Ennio Morricone and Renato Carosone.

The meetings “Cinema, Theater, Music, Dance and …: start safely” with the president of the 2020 edition Carolina Rosi and the deputy Minister Sileri were also attended by Luigi Gallo, president of the Culture Committee of the Chamber, Nicola Acunzo, president of Inter- group in the Chamber, Matteo Camporeale, national vice president of the Italian Red Cross, for producers and distributors Agostino Saccà, Andrea Occhipinti, Gianluca Pignataro, Giuseppe Pedersoli and all the artists present who have thus contributed to the various sectors of the show.
Ischia Global 2020 with the patronage of the Italian Red Cross (the CRI volunteers of Codogno present for safety in the halls of the island) was created in collaboration with BNL Gruppo BNP Paribas, PEGASO, ISAIA, Riflessi and the participation of Siae, Nuovo Imaie, Unico Energia, Trenitalia, Rainbow, Medusa, Rai Cinema, Medmar. Media partner: RAI ITALIA, Radio 2 Rai, Ciak. (HANDLE)

Published: July 22, 2020 Category: News
Previous: He turned the books over! Why Madalina Ghenea broke up with the football player Marco Boriello
Next: Francesca Fioretti, beach holidays with Vittoria
%d bloggers like this: