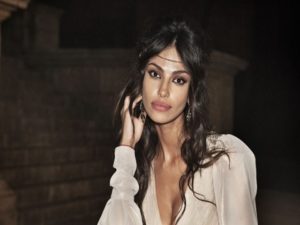 New turning point in Madalina Ghenea's private life. The Romanian actress and producer said goodbye to compatriot Matei Stratan, from whom he had his daughter Charlotte in 2017. The two left one step away from the altar due to a long crisis and now the former Festival valley Sanremo 2016 has already turned the page. With an Italian boyfriend, as reported by the weekly Oggi, which even speaks of a coming together. The lucky one is Leonardo Del Vecchio, one of the most prominent Italian offspring. The two have been dating for a few weeks and according to the gossip the relationship is becoming more and more serious, so much so that Madalina and Leonardo are even ready to go live together.

The gossip about Leonardo Del Vecchio and Madalina Ghenea

“The passion broke out between the statuary Madalina Ghenea (31 years) and Leonardo Del Vecchio (24), son of the founder of the Luxottica group and a well-known scion in the jet set. What appeared to be just a flash in the pan is turning out to be a profound story. The two in fact seem to want to be serious, so much so that they would start planning their future together. Cohabitation coming? ", reads the magazine.

The loving past of Madalina Ghenea and Leonardo Del Vecchio

Before knowing Madalina Ghenea, Leonardo Del Vecchio – who is part of one of the richest families in Italy – was linked to the soubrette Alessia Tedeschi. In the Romanian love affair there are instead many intentional stars like Michael Fassbender, Gerard Butler and Philipp Plein.