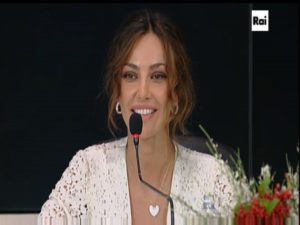 All set for the wedding of Madalina Ghenea and Matei Stratan

Madalina Ghenea is ready for the big step, that of marriage. As Di Più reveals, the Romanian actress managed to overcome the crisis with partner Mateo Stratan, which broke out a few months ago. After the summer the two are more united than ever, also thanks to the presence of their daughter Charlotte born in 2017. And now Ghenea and Stratan, respectively 31 and 35 years old, are ready to become husband and wife. According to rumors the great event will be held in the country of the spouses, Romania. More precisely in the capital Bucharest and it will be a ceremony in grand style, rich and with many guests, exponents of the world of entertainment, cinema and entrepreneurship.

At the moment there is no official date of Madalina Ghenea's marriage but according to what we read in the magazine published by Cairo Editore it will be by the end of 2019. In fact, the actress, a former Sanremo Festival guest, had to get married with Matei Stratan last year but a bureaucratic problem has stopped all. This has not prevented the two from continuing to love each other: a strong and profound relationship, which has been going on for three years now. Madalina met Matei in 2016, after the stories ended badly with Michael Fassbender, Gerard Butler and Philipp Plein. In addition to having a stable family, Ghenea also has a new job: has opened a film production company in Romania.

Madalina Ghenea engaged: there is the millionaire Matei Stratan

Matei Stratan, a 35-year-old Romanian, is a millionaire entrepreneur. He studied Economics in America and England and has an estimated fortune of two hundred million euros. Matei comes from one of the richest families in Romania. The meeting with Madalina Ghenea took place thanks to some friends in common.