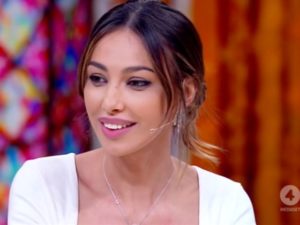 Madalina Ghenea reappeared on TV. The Romanian model and actress was a guest of CR4, the program by Piero Chiambretti aired on Rete 4. Madalina recalled with the conductor the ad that a few years ago he shot with Cristiano Ronaldo. A work that Ghenea fondly recalls, above all because the Juventus player was immediately available to him. "At the time I was in Haiti doing volunteer work. The children I was with all day told me they had a Christian idol. As soon as my agent told me that he had been looking for me to shoot a commercial with him I asked him to make a phone call via Skype for the children. Ronaldo did it right away: he is really a generous person, he has a big heart. I absolutely don't believe in the history of harassment ", he has declared the valley of Sanremo 2016.

Madalina Ghenea is happily engaged to the entrepreneur Matei

Between Madalina Ghenea and Cristiano Ronaldo only a working relationship has been established and nothing more. "Never received harassment in my career path", assured the 31 year old. Which after the stories ended badly with Gerard Butler, Michael Fassbender and Philip Plein has finally found true love beside Romanian millionaire Matei. The two have been together since 2016 and have one daughter, Charlotte, born in 2017. "We had to get married, we had prepared all the documents including the medical certificate that is required in Romania for marriage. When we were going the two of us and the witnesses we couldn't get married: the certificate had expired one day. From there we have no more redone documents, we have not found the time ", told the Ghenea.

At CR4 Madalina Ghena assured that motherhood did not slow down her work in the entertainment world. "I started working more in my country. I opened a production company and I'm very proud of it ", explained the modeler. Recently Madalina was chosen by the Wind Tre as the protagonist of the company's new commercial.

Cristiano Ronaldo, wedding with Matei and new job in Romania

Published: February 14, 2019 Category: News
Previous: Madalina Ghenea: "I overcame depression by volunteering in … – # CR4 The Republic of Women
Next: Madalina Ghenea's big heart at Cr4: the dichiarazioni ZON statements
%d bloggers like this: