Fabio Rovazzi for the summer 2019 chooses Loredana Berté and J-Ax for "Senza Pensieri". To confirm his presence is just Bertè, the latter published on the social media the cover chosen for the promotion of the song accompanied by the caption: "10 July 2019. Save the date".

If you have never duet with Fabio Rovazzi you are nobody.

This is perhaps what the artists of the Italian music scene think, given that every year the good Rovazzi manages to convince one or more singers to take part in his new piece tailored to become the summer hit.

The queen of summer 2019 – according to Fabio Rovazzi – will be Loredana Bertè protagonist, together with his friend and artistic father J-Ax, of the new single from the Milanese artist entitled "Thoughtless" to be released on 10 July.

To confirm his presence is just Bertè, the latter published on the social media the cover chosen for the promotion of the song accompanied by the caption: "10 July 2019. Save the date".

A nice breakthrough for the rock star who does the double, after the single was released " Tequila & San Miguel " produced by the golden duo Takagi and Ketra and written by Tommaso Paradiso and Calcutta. 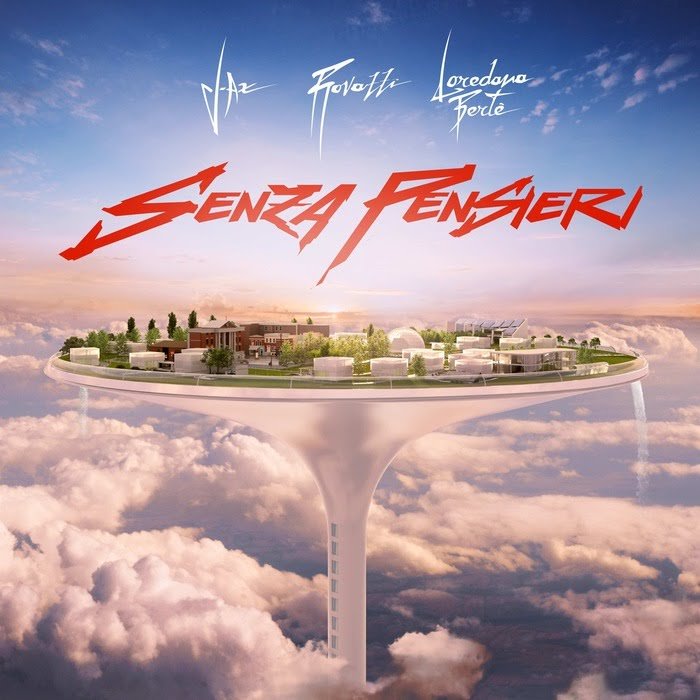 "Without Thoughts" is currently in pre-save on Spotify, even if – as some will have noticed – Sly the phone company Tre – in partnership with Wind of which Rovazzi is a testimonial – has already optioned the song by inserting some notes of the refrain in its latest spot in which the footballer Giorgio Chiellini and the model appear actress Madalina Ghenea.

Obviously there is no Rovazzi smash without adequate video. In fact, the artist is already at work in that of Milan to shoot one of his short films.

I wonder if, in memory of his previous successes, Fabio will have called to take part in the project some of his old comrades.

Rovazzi's collaboration list gets longer every summer. Last year to support him in "I do what I want”Albano, Emma Marrone and Nek took to the field.

While for "Volare" he made use of the exceptional presence of the eternal boy Gianni Morandi.

Rovazzi will admit to "not being a singer" but also without the support of Big, with the singles "Tutto molto interessante" and "Let's go to command, he managed to win a place of honor within the discography without ever having published a real album.

Only child of the Newtopia, an independent label founded by the then friends J-Ax and Fedez, Rovazzi while remaining faithful to the former Article 31 has managed to create a well-defined character.

Everyone knows who he is, some know him for other songs for publicity, someone will have seen him recite on the big screen in the film "Il vegetale".

Lately, in the gossip magazines with the new girlfriend, the blue-haired youtuber Karen Kokeshi has also appeared, always at her side on social occasions.

Published: July 1, 2019 Category: News
Previous: The advertising song for Tre 2019: here is the title
Next: HEAVENLY WAYS about Mădălina Ghenea and Vito Schnabel! Where were the beautiful actress and THE MILLION (PHOTO)
Loading Comments...
%d bloggers like this: