Gerard Butler faces a desperate situation because his Malibu dwelling has been completely cracked due to vegetation fires.

Gerard Butler came home and was speechless when he saw his home burn completely. Madonna Ghenea's ex-boyfriend posted an image with him while wearing a face mask.

"It's a painful time for California. I feel inspired by the courage, spirit and sacrifice that firemen have shown" he wrote it.

Los Angeles firefighters fought to control powerful fires in which 31 people have died so far and destroyed hundreds of properties.

In less than two days, more than 250,000 people, including the entire Malibu city, where some of the biggest Hollywood stars live, were evacuated.

Among the celebrities that were evacuated were the Kardashian and Will Smith families along with their wife and children. 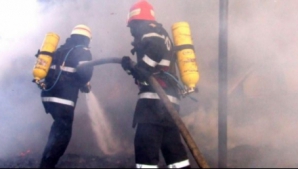