He poses with eccentric sunglasses behind the wheel of a wheelchair, an icon of the Ischia Dolce Vita, and invariably thinks of the island opposite, Procida, where he shot “Il Postino”, the last, unforgettable effort of Massimo Troisi. “His life and humanity lessons continue to accompany me,” said 74-year-old British director Michael Radford, guest of the eighteenth edition of the Ischia Global Fest.

And it is from here that he announces, with a pinch of ill-concealed pride, that he has “written the most beautiful screenplay of my life. It tells the story of Vivien Leigh, the legendary diva of ‘Gone with the Wind’ wife of Laurence Olivier. A more beautiful script than the one for the Postman. And there is already the interest of various manufacturers. Of course, we must now wait for the recovery … “. 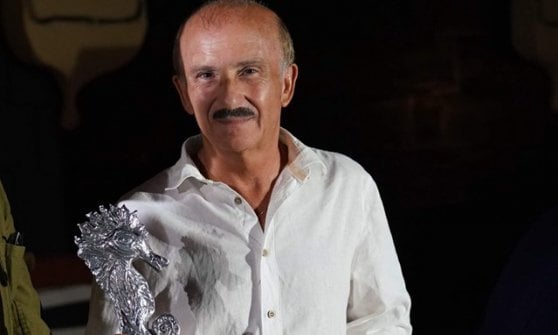 A long liaison, his with Southern Italy: here, in the 70s, he made a series of documentaries for the BBC, but it is undeniably the story of Neruda that has marked the turning point of his career. “I wrote a lot in the tranquility of my home, in the forest forty kilometers from London during the lockdown, but I was also bored. Like everyone I was saved by zoom. Before the stop I was working on a TV series of Italian and Iberian co-production, which coincidentally takes place in the years of the ‘Spanish’ epidemic, at the beginning of the 1900s. A topic that then became tragic topical: it is the story of a girl who marries a very rich maharaja. The shooting should take place not only in Italy but also in Spain and India, naturally when possible. As it is known, everything is still still, only in England and in some other country the theaters have reopened “. And then there is – confesses Radford – another story around the corner: “Sweethearts, the musical biopic on the famous couple Jeanette MacDonald and Nelson Eddy, very successful singers-actors in 1930s Hollywood will also tell their relationship with Metro Goldwyn Mayer who made it into stars. “

Waiting for the Bennato brothers, the Global Fest has meanwhile paid homage to Carlo Buccirosso, who has been awarded the Ischia Art Award for his career in the world of theater. During the evening, singing performance by rapper Clementino and songwriter Tony Esposito. Among the guests, Madalina Ghenea, Piero Chiambretti, Mirko Found and Nathalie Caldonazzo.