Madalina Ghenea has posted a photo with a man's hand, which is most likely Matei Stratan's. Along with a message, the actress also wrote a message. 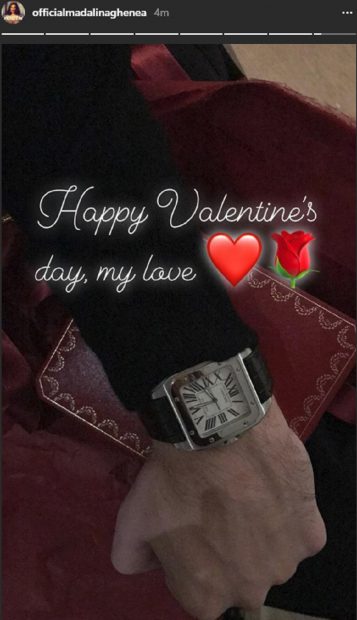 "Happy Valentine's Day, my love", wrote Madalina Ghenea right next to the photo. Virtual friends enjoyed them and wished them to be happy.

VIDEO EXCUSIV / Vali Crăciunescu has cried for his birthday. His wife gave her "The Rolls Royce of Harmonics"!

Mădălina Ghenea and Matei Stratan together with St. Valentine