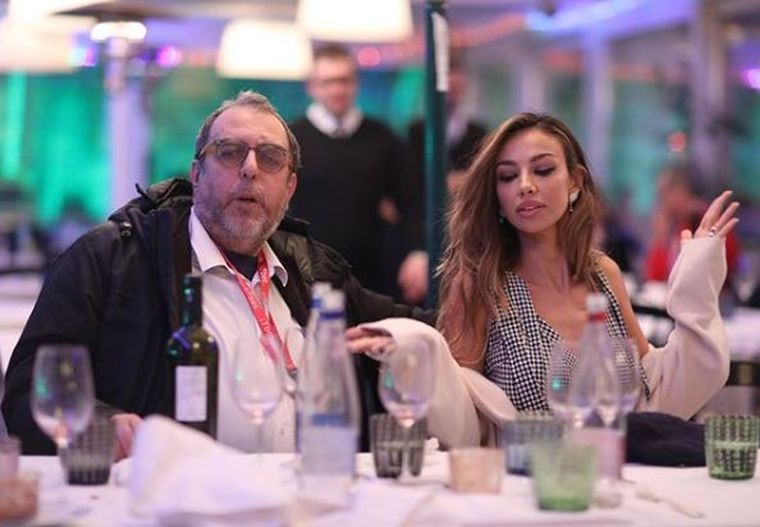 Mădălina Ghenea suffers enormously after the Italian photographer Pietro Coccia died. The beautiful Romanian has posted on her Instagram page a beautiful message dedicated to the one who has been a good friend for many years.

"What emptiness you have left in my heart, dear friend! I can't stop crying. The thought that I will go to Venice, Rome, Florence, Taormina, Los Angeles, Cannes and I will not find you there with your stories, flowers and affectionate notes; this thought shatters my heart. You, who even when I was on the red carpet, you came to hug me, with your Blues Brothers glasses, with the baby face, you who sent me the pictures 5 minutes after I appeared on the red carpet without ever asking for anything in return ! Pietrone, tell me it's a bad joke and let's go get some juice. I will never find a person like you again, you are irreplaceable! I lost one of the best people in the world. I miss you, dear friend! You miss me enormously! ”, wrote Mădălina Ghenea about a film in which she appears alongside the famous photographer.

Mădălina Ghenea, a new relationship! He broke up with Mr. Cash's son and "took" a 32-year-old millionaire

Bruneta Mădălina Ghenea was surprised while kissing with Vito Schnabel, owner of a famous art gallery, which opened in 2015. The two were caught on the beach in St. Barts.

It seems that Mădălina Ghenea gave up the relationship with Mr. Cash's son and went on to another level: the actress has paired with the 32-year-old, who is famous and … a millionaire! Mădălina Ghenea currently lives in Milan with her daughter and mother, writes Cancan.

Moreover, Mădălina Ghenea broke off the relationship with the girl's father, Matei Stratan, especially since in the last period there were times when tensions were at their highest. When it came to the baby's father, to the question "Are you single or still married?", the actress left room for interpretations and only half replied: "I was never married."

Video of the day on WOWBIZ.RO:

Madalina Ghenea, in mourning! His death knelt down