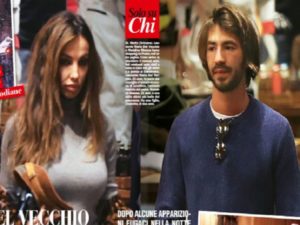 After months of gossip Madalina Ghenea has finally come out into the open with her new boyfriend, the entrepreneur Leonardo Maria Del Vecchio. The new couple was picked up by the weekly Chi in St. Moriz, during a snow weekend, fun and lots of love. But also shopping since Leonardo and Madalina were surprised by the photographers in the Prada boutique. At the moment neither of them commented on these shots – official photos have not yet appeared on social networks – but the well-informed ensure that the love story, born a few months ago, is already very serious. So much that Madalina and Leonardo would be evaluating the hypothesis of a cohabitation.

Leonardo Maria Del Vecchio, 24, is the son of the eponymous founder of Luxottica, among the richest men in the world. After graduating in Economics, Madalina Ghenea's new boyfriend joined the parent company's board of directors years ago. Needless to say, Leonardo is one of the most desired and admired scions of Milanese high society.

The loving past of Madalina Ghenea and Leonardo Del Vecchio

Before knowing Madalina Ghenea, Leonardo Del Vecchio was linked to the soubrette Alessia Tedeschi. In the Romanian actress's amorous past, there are many intentional stars like Michael Fassbender, Gerard Butler and Philipp Plein.