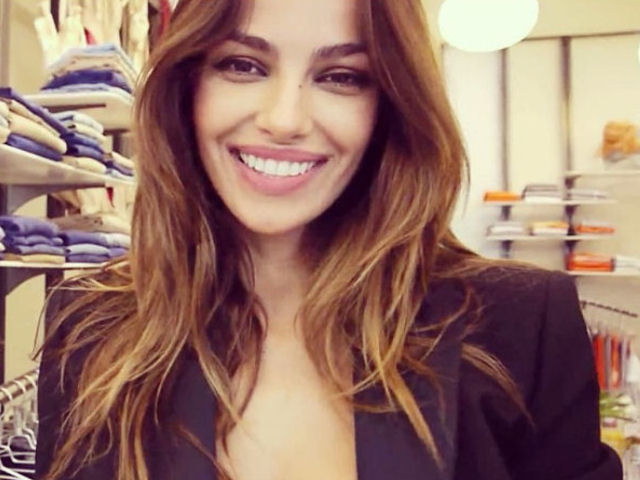 madalina Ghenea, 26 years old, of a beauty impossible to miss and on the crest of the wave as regards his professional life. Despite this, the girl has been single for a year with Marco Borriello, her ex-boyfriend, ready to do everything possible to win her back. The beautiful actress he talked about his romantic situation in an exclusive interview with Vanity Fair magazine where he says that: “I’m not particularly interested in finding another partner now. I understand that this is the time to focus on work “. A job that is giving her a lot of satisfaction, but still a desire remains alive in her that she hopes to fulfill soon: “I have only one dream: to become a mother. I have been an aunt for a few months, my brother Alin had a beautiful baby boy, Alexander, and my desire became even stronger. Yes, I want a son, I want him soon and I’m also willing to adopt it as a single“. madalina Ghenea he has clear ideas about his sentimental future and he also hopes to find true love because, in the end, everyone believes in it.

As for professional life, madalina Ghenea was chosen by Paolo Sorrentino for the film Youth – Youth, one of the most anticipated films for this Cannes Film Festival. A great emotion for the actress which reveals to Vanity Fair: “I was born in a small town in Romania where there is only one aluminum factory, I will be on the Cannes red carpet for a competing film, I don’t understand”. La Ghenea she is so happy with the opportunity that happened to her that, as soon as she received the confirmation from the party in Youth, she started to cry with joy. On the other hand, for her it is a sort of revenge. It was coming out of a not so easy period after the end of his romance with actor Michael Fassbender and the decision to abandon the world of cinema to return to Romania and be a real estate agent. In the end, though, madalina Ghenea he believed in his dreams and now the Cannes Film Festival awaits.

madalina Ghenea she was convinced to abandon her dreams to return to her homeland, but mom Costanza has she managed to convince her to try, on the other hand if she doesn’t try at her age, when should she do it? So, the actress tells a Vanity Fair who made the decision to abandon Milano to move to The Angels where he participated in acting courses. She managed to believe in herself and managed to get her win. Now all she has to do is find love in order to make her dream come true, that of becoming a mother.

Madalina Ghenea, private life: the dream in the drawer