Moreover, every public appearance of the Romanians is making furore, as it happened at this year's Venice Film Festival, where it was extremely sexy!

However, the photo she posted on social networks overwhelmed any expectations, because in that picture Madalina appears next to Maye Musk, none other than the mother of the famous businessman Elon Musk, the genius behind Tesla and the billionaire who launched the most powerful rocket space, writes VIVA!

See if you can solve the tests that students receive from Elon Musk's secret school!

Maya not only left the message "I was glad to see you" at the photo of the beautiful brunette, but in turn, he put Instagram a group photo from the same Moncler party as he appeared next to Mădălina.

"Ador Milano, especially when I have such a company," recorded Elon Musk's mother, a standard of beauty and style, in his 70s. 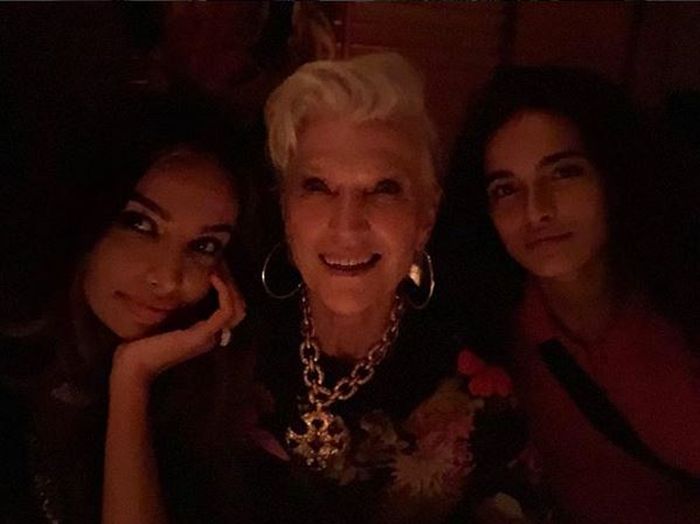 The photo posted by Mădălina Ghenea, appearing next to Maye Musk

Mădălina Ghenea presented, together with the Italian actor Gabriel Garko, the recent edition of the Golden Stag Festival.

Read also: VIDEO EXCLUSIVE / How did Andrei Aradits take out the "vedetism" of his son, who for two years took her on the path of acting. "I gave it to the ground"

Mădălina Ghenea She had dinner with Elon Musk's mother

Published: September 26, 2018 Category: News
Previous: Madalina Ghenea: "I lived from set in America, then great love brought me home"
Next: Mădălina Ghenea has used her face with her trips. She has already traveled through Europe
Loading Comments...
Comment
×
%d bloggers like this: