Madalina Ghenea, ex of Gerard Butler, now goes out with Michael Fassbender and in the meantime prepares to take flight as an actress

There is no doubt: it is Madalina Ghenea the most envied woman of the moment. It is in fact she who has conquered the heart of beauty Michael Fassebender. The new couple was first spotted in New Zeland, where he was shooting the film “Slow West” of John Mclean, then she was paparazzi several times a Milan it’s at Rome, confirming the rumors that have been around for some time. Apparently the two met last Toronto International Film Festival and it was love at first sight, so much so that he would have stopped his flirtation with the Olympic champion Louise Hazel. Still it is not clear however, if the story of her with Gerard Butler it ended precisely because of the interpreter of Shame.

And yes, because our Madalina is used to making massacre of hearts among the stars of Hollywood. The story with Gerard Butler had lasted for a year: the two had met in Dubai, on the occasion of the promotion of a Super Max razor and since then they had never left each other … until now. Before, however, there was talk of his flirting with Leonardo Dicaprio (which she would also have reached on the set of “The Great Gatsby”) and seems to have even gone out with Adrien Brody. In short, a sentimental curriculum that many would like!

But what’s so special about Madalina? Surely its sensual beauty, its mysterious charm and the fact that it is not one of the many “approved dolls” that circulate on the catwalk and on the red carpet. Madalina is a “diva of the past”, not by chance is her model Sophia Loren.

If he can manage his career? A little early to say, but it is certain that the Romanian model is getting busy. After his film debut with “The usual idiots – The movie” and participation in the Italian talent “Dancing with the Stars”, was chosen by Alessandro Gassman for its “Razzabastarda”. Now, however, Madalina is ready to abandon the “Italic nest” that kept her at baptism and to turn high: in fact we will soon see her in “Dom Hemingway”, film by Richard Shepard where he acts alongside Jude Law and in the French TV series de “The Borgias”, with a starring role.

Does this mean that in addition to being beautiful, she is also good? Girls, if so, let’s put our heart in peace: snatching Michael from his “love clutches” will not be difficult, but practically impossible! 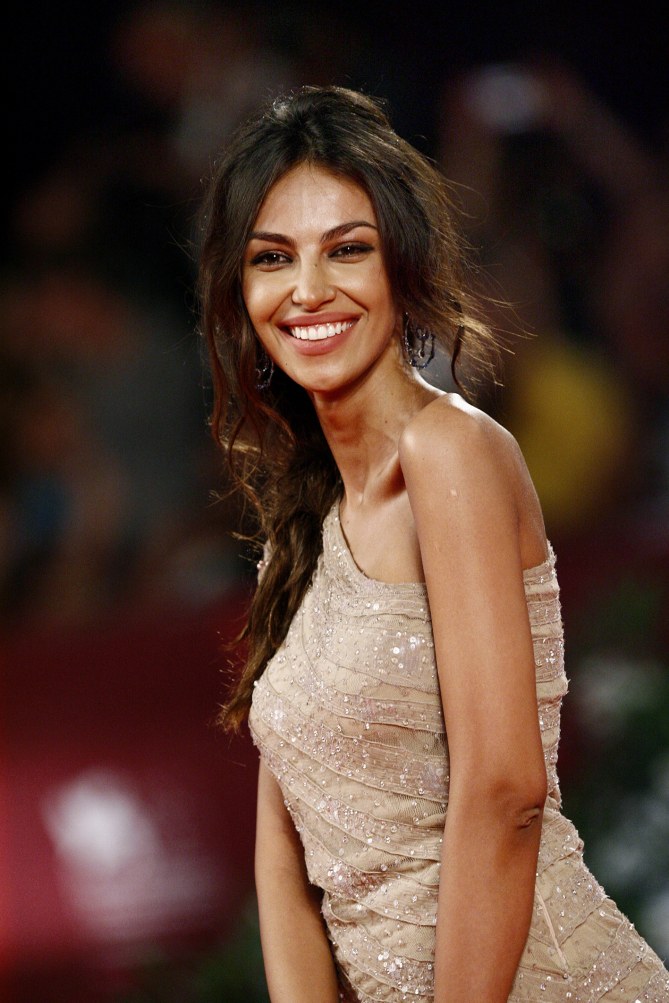