Madalina Ghenea sighted with the new boyfriend. But do you know who the man who made the model's heart beat is? The richest in Italy. To be precise, it seems to be the son of the most possessed Italian. We are talking about the 24 year old Leonardo Del Vecchio Jr., son of the founder of Luxottica. The weekly was the revelation of the sensational new love story Who, which surprised the valley of Sanremo 2016, with one of the most coveted offspring.

Madalina Ghenea's boyfriend, according to the magazine directed by Alfonso Signorini, would be Leonardo Maria Del Vecchio. Born in 1995, graduated in Economics and works in the company founded by his father Leonardo Del Vecchio Senior. It seems that the relationship between the two would go on for a few months and the two would be very close.

Who is Madalina Ghenea's new boyfriend

Madalina Ghenea and her boyfriend would have been paparazzi in St. Moritz, within a well-known boutique. Leonardo Maria Del Vecchio was certainly not an ordinary boy, but one of the most coveted young people in Italy. Son of the founder of Luxottica, the young Del Vecchio would have as a parent the one who was defined in 2019 as "the richest man in Italy". To say it is Forbes which stated that the assets of Leonardo Del Vecchio senior would even exceed that of Ferrero and would be equal to 2.4 million dollars. (Continue after photo). 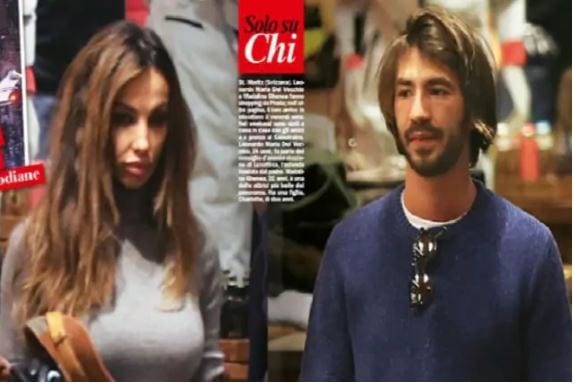 They are thinking of the big step …

However, according to what has been learned, it would certainly not have been the young boyfriend's millions to conquer Madalina Ghenea (already accustomed to high-ranking boyfriends). The couple in fact seems to be so much in love that he already thought he was living together. Madalina boasts a loving past of all respect. Before joining Leonardo Maria Del Vecchio, Ghenea was for a long time the girlfriend of Gerard Butler. The Hollywood actor who had made the love story public, presenting the model as his official companion on several occasions. And the beautiful showgirl has been given other prominent flirts: Michael Fassbender e Leonardo Dicaprio, denied however by the same Madalina who today seems happy next to the young Del Vecchio Jr.

Madalina Ghenea, who is the new boyfriend? Richest man in Italy PHOTO

Published: December 12, 2019 Category: News
Previous: Madalina Ghenea and Leonardo Maria Del Vecchio in St. Moritz
Next: The heartbreak of what happened to Viviana, after Cornel Gales was buried. Everyone saw what he did near the grave
%d bloggers like this: