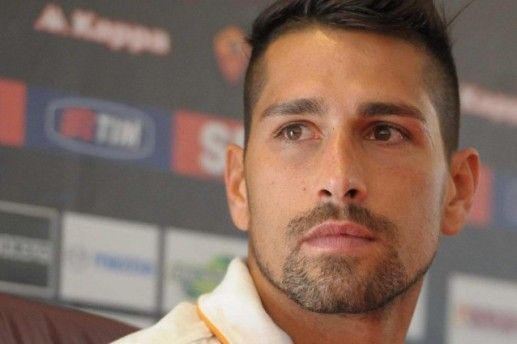 In this scorching summer certainly could not miss the gossip bomb on Marco Borriello, for years the undisputed protagonist of hot flirting and glossy magazines. The bomber, which is currently on holiday in Spain, on the island of Ibiza, has been pinched with a beautiful brunette girl.

His name is certainly not unknown to the world of entertainment. It is in fact a knowledge known to viewers of the Maria De Filippi dating show. We are indeed talking about Vittoria Deganello, former protagonist of the classic throne of Men and Women and choice of the Neapolitan dentist Andrea Marciano (ex boyfriend of Angela Nasti).

361magazine has launched the news of the sighting between the two and, according to the clues, everything suggests a "different" knowledge. Both Vittoria and Marco are immortalizing their vacation on the Hispanic island and it seems, by comparing the images, that the places frequented are the same. The newspaper speaks of a special friendship: between the two, according to the well-informed, a deep relationship would have been born.

All the loves of Marco Borriello

Marco Borriello is not just a bomber in football, but also in his love life. Beautiful and with a sculptural body, the footballer has had beautiful women throughout his life. We remember Larissa Scmidt, Belen Rodriguez, Eleonora Abbagnato, Susanna Petrone, Nina Senicar, Alessia Ventura, Lucia Fabiani, Madalina Ghenea, Nicole Minetti, Camila Morais and many other small flirts that however were never denied or confirmed by the Neapolitan sex symbol who continues to claim victims.

Vittoria Deganello has jumped to the honors of gossip for having participated as a courting woman in the classic throne of Men and women. The Milanese has in fact courted the Neapolitan dentist Mattia Marciano. The two after a few months of acquaintance outside the cameras suddenly said goodbye.

The reasons for the breakup were made known weeks after the farewell. It seems that, according to the direct interested party, the character incompatibility has taken over within their relationship. The former couple disagreed on everything and leaving was a difficult but inevitable choice.

Marco Borriello pinched with the beautiful of Men and Women: that's who he is

Published: August 6, 2019 Category: News
Previous: Madalina Ghenea, the most beautiful photos – Sky Tg24
Next: Mădălina Ghenea turns 30 today. Who is the special person with whom he celebrates the day. We have PHOTO!
%d bloggers like this: