All's well that ends well! The storm disappeared and the sun appeared in the couple Mădălina Ghenea (30 years) – Matai Stratan (32 years), just two weeks after they quarreled and decided to break up. The conflict surfaced in early November, when the sexy brunette found a message on her boyfriend's phone and accused him of infidelity. Moreover, she let it be understood that at the wedding of his cousin, Roxana Blagu, a former Trident, Matei appeared with this woman from whom he would receive messages. "Not only have you deceived me, but you have deceived us both. Not only did you break my heart, but you destroyed our future, ”posted on her Instagram page Mădălina Ghenea. Here, everything turned out to be a jealousy, which is why the star left the guard down and took the first step towards reconciliation. Now, the rich and famous brunette lives together again and is happier than ever, together with the fruit of their love, little Charlotte (8 months).

Photos taken by photojournalists Click! they are good evidence that the two form a couple again, and the broad smile on Stratan's face betrays the situation between them. Although last year he built a luxurious house in Snagov, where he could live with their girlfriend and daughter, that is why the millionaire liked his girlfriend and moved to her apartment in the Union area. There he was surprised on Wednesday evening, around 8 pm. He entered the block and left only the next day at 11.00 because he had a job at the office, so Matei is the lover but also the perfect dad. Between a kiss for Mădălina and a relationship with little Charlotte, Matei also took care of the housework. He talked to the driver to market him and get a vacuum cleaner repaired. The man went up to their apartment with a net full of food and then went down with the broken vacuum cleaner. Even though he is an employee, Matei treats the young brunette as a member of his family. Good luck with him, joke and have fun with him, a sign that his impressive wealth didn't make him forget his common sense and respect for people.

Now, Mădălina and Matei have forgotten the quarrels and are concerned about the baptism of their little one. "They love each other and are made for each other. It would be a shame to break up. The little girl is their jewelry and now I'm talking about her baptism. Next year will probably be summer, but we don't know anything about marriage. It could be a surprise to do both events on the same day, ”said a source close to Madeleine Ghenea's family.

They have an eight-month-old girl

The love story between Mădălina Ghenea and Matei Stratan began in the summer of 2016. After having relations with Dragoș Savulescu (2009-2011), Leonardo di Caprio (2011), Gerard Butler (2012-2013), Michael Fassbender (2014) or Philip Pleine (2016), Olteanca met Matei Stratan, the richest of her lovers, with a fortune of 300 million euros. Only two months after they met, the artist became pregnant. In April, this year, she gave birth to a little girl named Charlotte. Mădălina showed everyone her treasure in an incendiary meeting occasioned by a famous magazine. 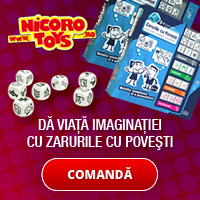