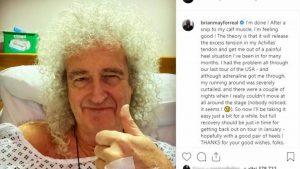 Brian May, the photo and the message on Instagram

ROME – Brian May placed a photo taken from the hospital bed on his Instagram profile. Queen's guitarist appears in his pajamas, smiling and thumbs up. Mel's long post accompanying the photo, May explains that he had an annoying tendon problem that caused him much pain throughout the US tour.

Sometimes the pain was so strong that it didn't allow him to move on stage: for this reason he decided to do an operation on the calf muscle, hoping that the situation will improve by finally freeing him from pain.

The guitarist of the band that was captained by Freddie Mercury explains that he will now have to rest. Brian May at the same time reassured the fans of the scale of the operation and his return to the tour schedule for next January, this time hoping to have "two good heels (at least hopefully)".

In 2016, Brian May he had already canceled a tour due to health problems: "It's a decision I have been tormenting for a long time but that now it has become inevitable. I'm fighting with a disease that doesn't go away and that is destroying my energy and my will ”he wrote to the fans. In 2014 Brian May was diagnosed with later denied prostate cancer, despite this the guitarist continued to suffer very strong pains that three years ago they had forced him to temporarily stop his music. 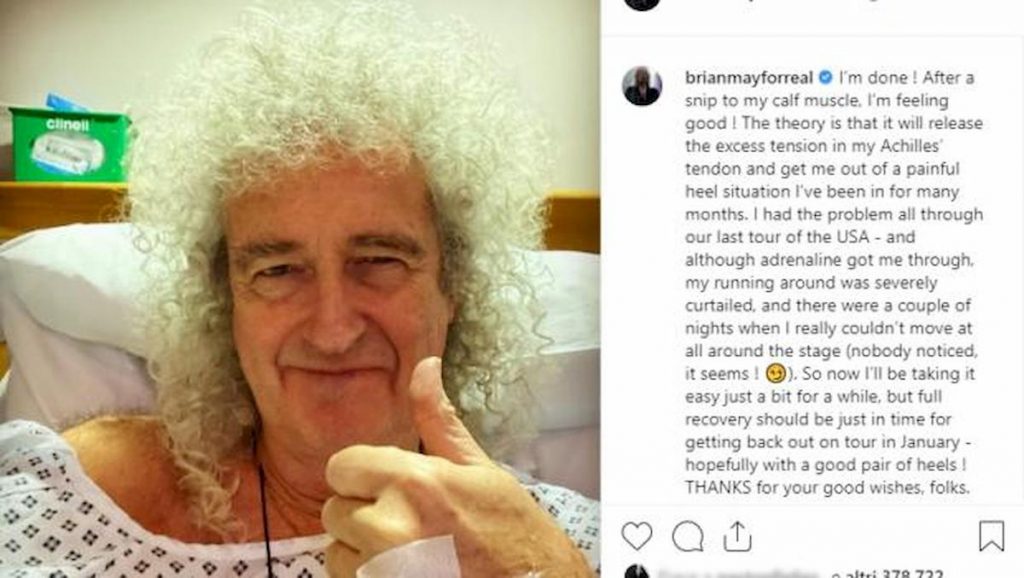 Brian May, the photo and the message on Instagram