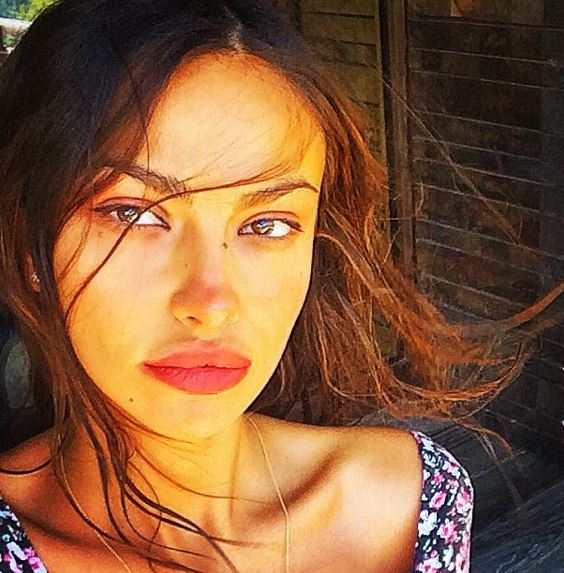 Madalina Ghenea private life, ex boyfriends, age, curiosity. It is one of the valleys of Carlo Conti at the 66th Sanremo Festival. There are also some on the stage with her Virginia Raffaele and Gabriel Garko. Madalina Ghenea, 27, was born on 8 August 1988 in Slatina, Romania. He studied classical dance for seven years and also piano. She started modeling at 15. This work led her to work in Milan, where she modeled for the designer Gattinoni. He worked as a waitress to support himself. She is passionate about philosophy.

In 2007 she was chosen for a music video by Eros Ramazzotti, song "Il tempo tra di noi". In 2008 she is one of the protagonists of the Peroni calendar. In 2010, in addition to appearing on the cover of the Italian monthly Lady Sposa, she became famous by shooting a television commercial for the 3 Italia phone company, along with actor Raoul Bova and comedian Teresa Mannino. In 2011 he debuted on the small screen as a competitor of the seventh edition of the talent show "Dancing with the stars" on Rai 1. His teacher was Simone Di Pasquale. Then he moves to the big screen, starring as Irina in Enrico Lando's film "The Usual Idiots – The Film", where he stars alongside Fabrizio Biggio and Francesco Mandelli. 2015 is the year of change: it was chosen by Paolo Sorrentino for the film "Youth – Youth", among the protagonists also Michael Caine and Harvey Keitel. She appeared in the Legacy perfume commercial of the soccer player Cristiano Ronaldo.

As for her love life, Madalina had relationships with famous actors: in addition to flirting with Leonardo DiCaprio, she was engaged to Gerard Butler (18 years older). The two met in Dubai. Then she was linked to Irish actor Michael Fassbender, known during the Toronto International Film Festival in September 2013.

As reported by the weekly Today, the model and actress, despite being beautiful, sometimes admitted to feeling imperfect and also reveals that she is not completely satisfied with her body:

"I too have my paranoia, my complexes … Sometimes I don't like my legs, my belly. Or the skin, I suffer from allergies and I fill myself with bubbles. At one time I was very thin and, considering I am tall, I am 1 meter and 80 … Well, I don't like my height. "

Published: February 9, 2016 Category: News
Previous: The lesbian curtain between Virginia Raffaele and Madalina Ghenea
Next: Madalina Ghenea, everything you may not know about her
%d bloggers like this: