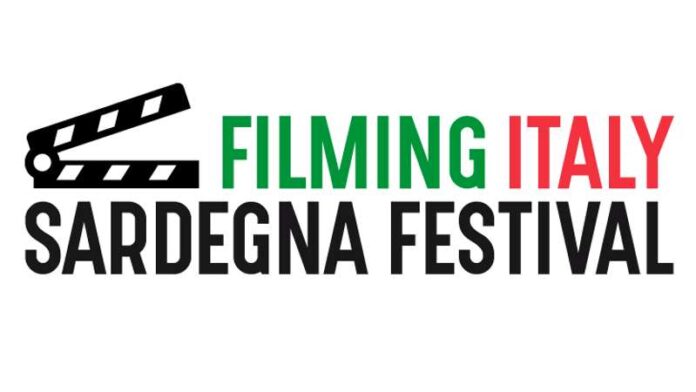 From July 22 in Cagliari the 3rd Filming Italy Sardinia Festival by Tiziana Rocca with godmother Ilenia Pastorelli e Claudia Gerini short jury president. Here are the words of the organizers and President Solinas

The 3rd edition of Filming Italy Sardinia Festival conceived and directed by Tiziana Rocca, which will be held from 22 to 26 July at the Forte Village in Cagliari. The event – which has established itself as the only one of its kind because it binds Cinema and Television for the first time with projections, meetings and presentations of films and television series, involving the most important distributions and productions of the small and large screen together with the giants of the VOD and TV entertainment – also this year it will take place in collaboration with APA, the Audiovisual Producers Association chaired by Giancarlo Leone and with the general direction of Chiara Sbarigia, with the support of Forte Village and with the patronage of the Autonomous Region of Sardinia, the Municipality of Cagliari, ANICA and the Costa Smeralda Consortium. The godmother of this edition will be Ilenia Pastorelli while Claudia Gerini she will take on the role of president of the jury dedicated to film shorts. The honorary president of the Festival is Matt Dillon.

«I am particularly proud to be able to announce this third edition of Filming Italy Sardegna Festival, which I strongly wanted in this very difficult period for culture and for the entire audiovisual sector. We are experiencing a unique historical moment of its kind and very delicate days, especially for the cinema, which is facing the reopening of theaters between the scarce presence of the public and very difficult directives to implement – underlines Tiziana Rocca – Precisely for this reason, Filming Italy Sardegna Festival is one of the few Italian events aimed at the cinema and television audience, which makes the characters of the small and big screen interact with the viewer, the sole engine of the success of a cultural product. To adapt to the situation, in fact, one of the many novelties of this year will be the multimedia of the Festival, which will provide a virtual area in order to give everyone the opportunity to follow the numerous events that we are defining these days. This edition will also be dedicated to women, I am very proud to continue the collaboration with Women in Film Italia, an important organization that has been fighting for women’s rights for years. And I’m very happy to have a strong and determined woman like Ilenia Pastorelli in the role of godmother of the festival. I hope that the Filming Italy Sardegna Festival will, as far as possible, give a boost to this restart of the sector and be a sign of hope and excellent hope for the future».

This is the declaration of Christian Solinas, President of the Autonomous Region of Sardinia: «We are happy to host the event of Filming Italy Sardegna Festival. The context in which the event takes place this year is certainly different from past events and brings with it an extraordinary positive energy that can and must be used to give a new impulse to the culture and tourism sector. Our island has extraordinary beauties, a thousand-year-old culture and unique traditions that can be valued internationally. And cinema, with its protagonists and its suggestions, can be the means to reach an attentive and curious audience».

«I extend a greeting to all film fans, Sardinians and tourists, who will be most welcome guests on the occasion of this prestigious event. A land that I represent as a councilor elected by the people and also as Councilor of Tourism, dedicated to making guests’ holidays unforgettable, during which they will be able to savor extraordinary food and agricultural excellence, enjoy breathtaking landscapes and some of the most beautiful beaches of the world, immerse yourself in a unique and unrepeatable millennial cultural heritage and touch the exquisite hospitality of our people», With these words he wants to welcome the Festival the Councilor for Tourism of the Autonomous Region of Sardinia, the Honorable Giovanni Chessa.

«In this historical moment of great uncertainty, host and support the third edition of the Filming Italy Sardinia Festival takes on a very special meaning for us. This important event, which in the two previous editions has managed to establish itself on the panorama of film festivals, arousing ever-growing interest from the public, professionals and the media, is concrete proof of the will, ours and Tiziana Rocca, of not give up and leave. We will do it in complete safety thanks to an extraordinary protocol that not only respects the directives of the government, but goes further, with the aim of maintaining a protected environment inside the Forte Village and guaranteeing all guests maximum serenity – points out Lorenzo Giannuzzi, CEO e General Manager of Forte Village – We strongly believe in the importance of the culture-tourism combination and we are confident that the winning format of the Filming Italy Sardinia Festival with the participation of the great stars of cinema and television, as well as its rich entertainment program, can represent, now more than ever , an effective tool to make known and promote the beauty of our Resort and our enchanting Island in the world».

Also this year, the master goldsmith Gerardo Sacco, with the inspiration and the unique style that distinguish it, will exclusively create the prizes for the Festival. In collaboration with the University of Cagliari, after the success in the last edition, this year too it was decided to establish a prize dedicated to the short films: Italy Sardegna Festival in Corto (II edition). The theme set for this edition is Ecology, Eco-sustainability, Sport and Climate Emergency, which can also act as a reflection on the planetary propagation of the Coronavirus infection, on the economic and social repercussions, as well as individual, of the pandemic and on the good practices to be adopted in terms of environmental protection. The shorts, which can also be made with a simple smartphone, must be sent via WeTransfer at the email address: sardegnaincorto@gmail.com by July 7, 2020. The shorts received will be uploaded to a YouTube channel opened for the occasion (Sardinia in short) and evaluated by the jury by July 14th. Exceptional president at the head of the jury dedicated to this section – also composed by the Full Professor of Italian Linguistics at the University of Cagliari Massimo Arcangeli – Sara Claudia Gerini. The winning short film will be broadcast on Rai Cinema Channel and on the MyMovies platform. To this link you can download and view the announcement.

Published: July 1, 2020 Category: News
Previous: A former Miss Liverpool, in EXTAZ after the title taken by “cormorants”. She did a show in the city dressed in the RED T-shirt of the favorites
Next: Mircea Badea abolished them! The presenter’s unprecedented reaction: “He’s very Soviet”
%d bloggers like this: