THEto second day of Milan Fashion Week, dedicated to the Spring Summer 2020 fashion shows, starts at 9.30 am with the arrival of the American actress and model Olivia Palermo at the Max Mara fashion show. In the late morning, for the Armani fashion show, among the various fashion characters also comes Manuel Bortuzzo, the 20-year-old swimmer was paralyzed last February for a personal exchange during a shooting in Rome (we had told his story here). Soon after Levante, Emma Marrone is Serena Autieri. And then Flavia Pennetta, the tennis champion waiting for her second child with her husband Fabio Fognini, tennis star. In the front row at the Fendi PE 2020 show also Katie Holmes, in red dress. At Moschino, in the evening, Madalina Ghenea arrived in a platinum blonde version. The Ferregnez could not miss: Fedez in a censored version with the front mask. 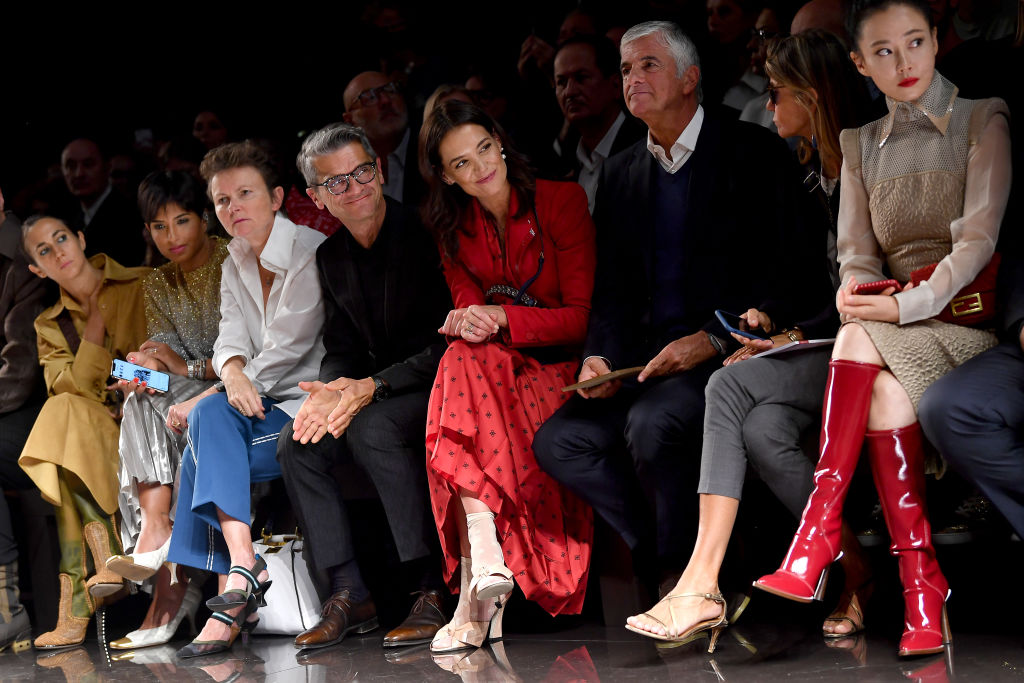 The first day of Milan Fashion Week, dedicated to the Spring Summer 2020 fashion shows, immediately reserved a star: Nicole Kidman. The actress fifty, a veteran of the Toronto film festival, was a guest of Prada. With a dress in graffiti print, smiling and polite, she entered last. Wes Anderson was among the first to arrive from Miuccia. The American director has just inaugurated at the Prada Foundation "The sarcophagus of Spitzmaus and other treasures", the project conceived with Juman Malouf, on display from 20 September 2019 to 13 January 2020. In the front row also Alexa Chung and Chiara Ferragni, fresh matrix of the Milanese presentation of his documentary Unposted. From Alberta Ferretti, where Bella Hadid was shown in a blonde version, Melissa Satta, the it girl Olivia Palermo, the American designer Elizabeth Sulcer, the singer Ellie Goulding and the Italian actress Giulia Bevilacqua were seen. 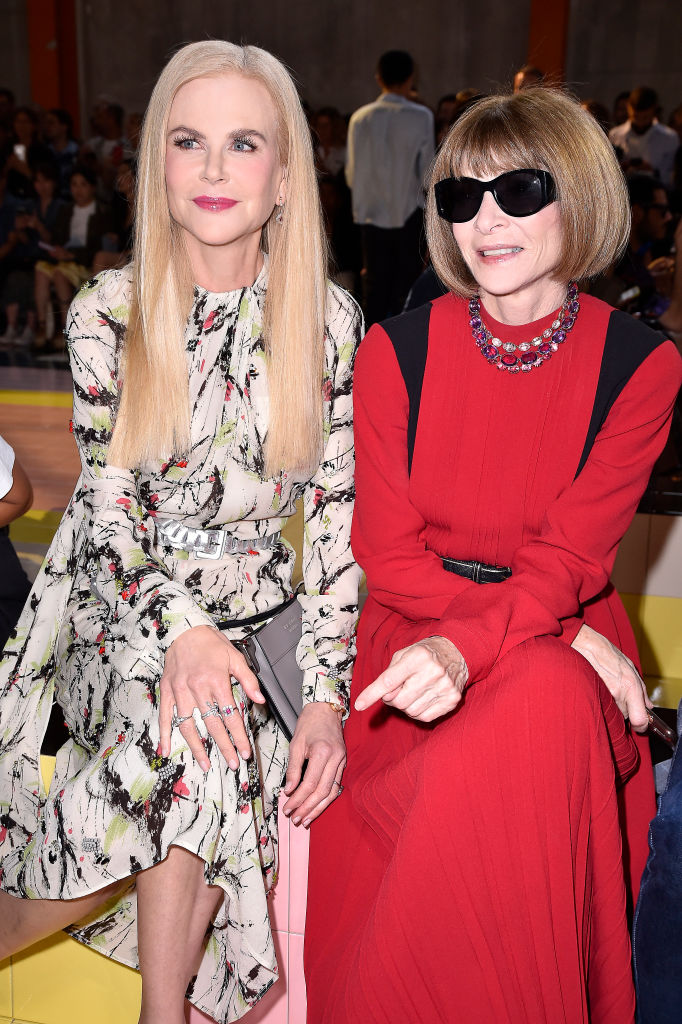 The program of fashion shows

The fashion shows are repeated until September 23: 170 i events. The United Colors of Benetton fashion show opened the fashion week. Thursday opens Max Mara followed by Emporio Armani, Fendi, Bottega Veneta and Moschino. The third day will be staged Sportmax, Antonio Marras, Etro, Marni and Versace. Saturday is the turn of Ferragamo, Ermanno Scervino, Philosophy of Lorenzo Serafini and Giorgio Armani while Gucci closes the festival by parading for the first time on Sunday. On the bill for the first time at Milan Fashion Week will be Boss, Drome, Peter Pilotto, Shuting Qui and Simona Marziali.

the first is Nicole Kidman