Only now is the reason why the women in Leonardo's life, including Mădălina Ghenea, have separated from him.

A former girlfriend of Leonardo DiCaprio answered the question of the lips of all women: "How good is the actor in bed?" Wrote cancan.ro.

"During the act of sexual intercourse, Leo, who was sitting on the back, took his electronic cigarette and a pair of anti-noise helmets, closed his eyes and made my mark to continue," said the ex-girlfriend.

Also, another former girlfriend has complained about the actor's "performances" in bed. 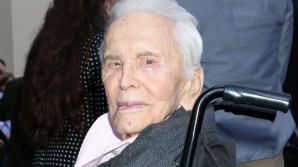 The reason for the separation of Mădălinei Ghenea by Leonardo DiCaprio