After separation, a reconciliation followed, and now they made the big announcement! Madonna Ghenea's former boyfriend is preparing to become a father for the second time.

Philipp Plein has always been surrounded by beautiful women and has made many conquests. The only one who has really impressed him is Morgan, the fiery brunette with which she is now showing everywhere. 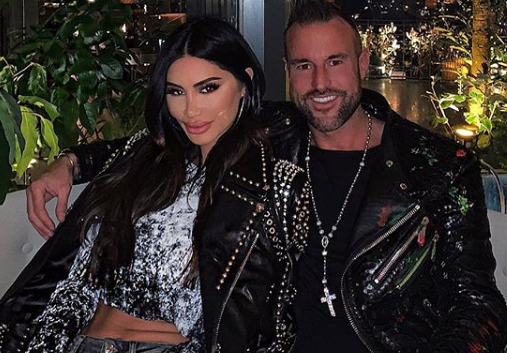 Their love story was not always a quiet one. There were quarrels, and even they broke up, and Phillip Plein was once again a fan of the world. But they did not stay long enough for each other. They realized that the spark of love did not quench and they soon reconciled.

And the reconciliation came with the big announcement. Morgan posted a photo on the Instagram account while in Phillip Plein's arms, and the text in the description is very suggestive: "mother and father".

Focusing brunette makes it clear that she is pregnant. Here, although they have had problems in the past, now the two lovers are happier than ever and are making big plans for the future.

The shock of Mădălina Ghenea! Her ex-boyfriend will become a father

Published: April 2, 2019 Category: News
Previous: Mădălina Ghenea moved back to Italy with her little girl
Next: Who is the famous millionaire Mădălina Ghenea now loves
%d bloggers like this: