A journalist from the famous Vogue Italia magazine interviewed Mădălina Ghenea, who is in New York.

“At the age of 14, with only his passport and a map in his pocket, (Mădălina) boarded the first train that left Slatina (the city where Eugen Ionescu was born) and arrived in Milan,” the journalist writes.

Madalina Ghenea is also described by him, who mentions that she started her career marching for Gattinoni, as “extraordinarily modest and sweet”.

In the interview, Ghenea says that the film has always been her great love, and among her idols are the actresses Anna Magnani and Sophia Loren. 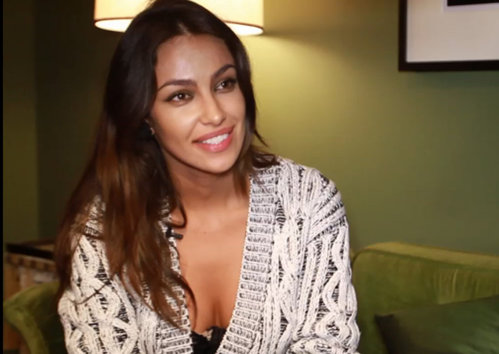 Ghenea also says that she does not think she is beautiful, but only a person who knows how to hide her imperfections, and associates beauty with the general feeling of well-being and good health.

The journalist also writes that the 24-year-old model is involved in humanitarian actions. On this occasion, Madalina Ghenea remembered the moment when she took part in rescuing a child, in Port au Prince, Haiti. “A child’s smile is the most beautiful gift,” she said. 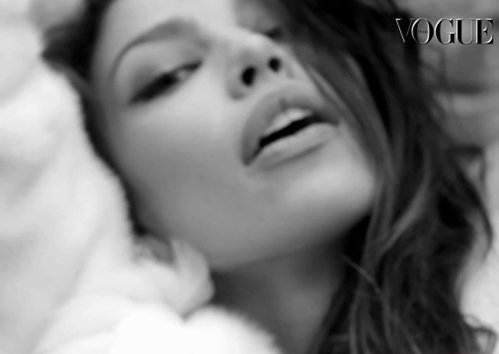 Last year, information appeared in the international press according to which Leonardo DiCaprio would have a relationship with Mădălina Ghenea, the two being caught together in Australia, where the actor was filming for a new feature film. In the press of that period were published some photos in which Leonardo DiCaprio appears in the company of a brunette who seemed to be his new girlfriend. She was identified by the Italian press as the Romanian Madalina Ghenea. But the top model refused to comment in any way on the information published in the press.

Vogue Italia also mentions, in another article, that Mădălina Ghenea participated, in November last year, in the party organized on the occasion of Leonardo DiCaprio’s birthday, in New York.

Madalina Ghenea worked for several fashion designers in Milan, becoming known in 2010, in a commercial in which she was with the actor Raoul Bova and the actress Teresa Mannino.

Vogue Italy: Madalina Ghenea has the Mediterranean charm of Sophia Loren and the look of Angelina Jolie