One of the most beloved Romanian out of the country is actress Mădălina Ghenea, whom you recently saw on the big screen in the movie “Urma”, spending time with her baby and boyfriend in Italy. But the star took some pictures that can be seen by all Italians and beyond.

The beloved Romanian actress is enjoying these days at home, but everyone should know that Mădălina Ghenea has appeared in the pages of an Italian magazine. It’s about Maxim – the Italian version of the men’s magazine where the Romanian actress posed in very sexy poses. 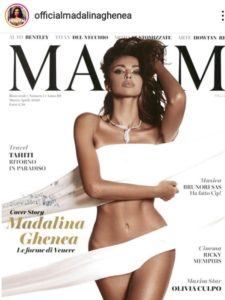 Mădălina published on the social networks several pictures with her from the photo shoot and the magazine cover for which she posed. Everyone knows that the star has an enviable body that he maintains at the gym and through a proper regimen. Unfortunately, some fans wrote to her that photo editing has been used a lot and that she does not have these beautiful forms using the current technique. 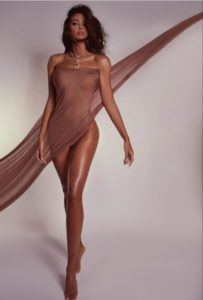 “Everyone who edits your photos, because those who know you live know that you don’t have these forms of ‘Venus’, but are reloaded with Photoshop, should be reported! Your body is out of harmony and full of chemical treatments. What remains of you is your height of 1.68 cm! ”, Wrote a follower disturbed by the beauty of the star. What the star replied, you can read on her instagram account.

You will not believe what Madalina Ghenea does in Italy

Published: March 19, 2020 Category: News Tags: madalina ghenea posed for a magazine and was criticized
Previous: Dem Rădulescu’s daughter talks about her activity in the film industry: “Nudity is a challenge for me”
Next: The touching message of Madina Ghenea for her daughter on her birthday
Loading Comments...
%d bloggers like this: